Launched in 2013 and developed by Klei Entertainment, Don’t Starve has received a lot of responses from gamers around the world and was voted the best indie game of 2013. Ly The reason why Don’t Starve is so successful is because the game belongs to the genre of survival, which takes players into the role of a character who must withstand the harshness of nature while living alone in the wilderness. Don’t Starve then released a version of Don’t Starve: Together as well as a version for mobile platforms.

And after years of incubation, Tencent in collaboration with Shengqu Games officially launched the next version of Don’t Starve called Don’t Starve: Newhome for mobile platforms. Accordingly, Don’t Starve: Newhome is a multiplayer survival game similar to Don’t Starve: Together, but it’s more contextual. Klei Entertainment does not participate in this version.
According to the developer, Don’t Starve: Newhome was developed with the aim of building on the great foundation of the original, shifting the focus to social and multiplayer elements while preserving the What makes Donve Starve so good in the first place. The game is designed for shorter gameplay sessions and introduces new houses, enemies, crafting options, and more.

A closed beta test is set to begin next month, and mobile gamers can sign up to join now on the game’s official website. Testers complete a series of challenges in Don’t Starve: Newhome and will earn themselves some gifts when the main game thwusc launches. The first trial seems to be for players in the US and Canada, gamers will have to be 13 years or older to participate. 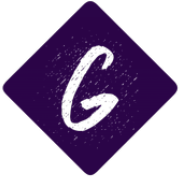